The GeoServer team is pleased to announce the latest major release of GeoServer: version 2.7.

This release includes a variety of improvements and fixes provided by and for the community over the past six months since GeoServer 2.6 was released. (See our release schedule.) While many of these high-level features have been highlighted in previous posts, we’d like to list them in brief here, with links to documentation so you can learn more.

These are two new extensions to the rendering engine that allows for greater control over how overlapping layers in a map are merged together. Instead of just placing layers on top of others (with or without transparency), there is now a range of filters and effects, such as “multiply”, “darken”, and “hard light”. 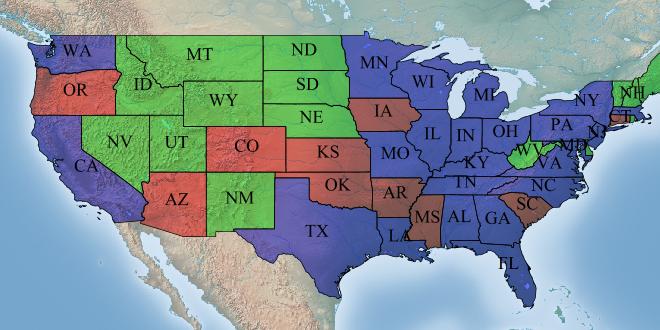 Please see the documentation for an example on how to create inner line effects such as the image below: 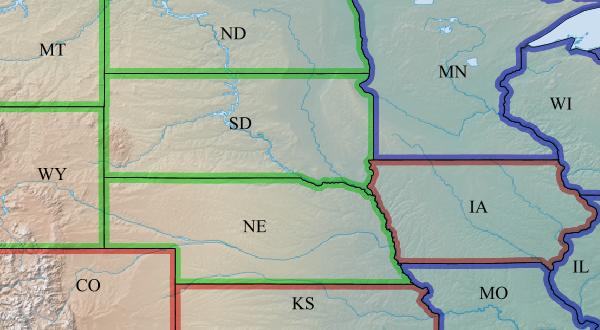 Thanks to Cleveland Metroparks for sponsoring this improvement.

GeoServer has long had the ability to specify dates/times in requests to subset data. Up until now these dates/times needed to be absolute. Support has now been added for specifying relative time, for example:

Thanks to Jonathan Meyer for this improvement.

There are quite a few improvements to the Web Processing Service module, courtesy of Andrea Aime and GeoSolutions. (Please note that WPS is still an extension.)

GeoServer has a new WPS extension point allowing GeoServer nodes in the same cluster to share the status of current WPS requests. This is particularly important for asynchronous requests, as the client polling for the progress/results might not be hitting the same node that’s currently running the request.

This initial implementation leverages the Hazelcast library to share the information about the current process status using a replicated map.

GeoServer now has the ability to connect WPS processes to the standard role-based security system. This means that administrators can now determine what users and groups can access or execute, making WPS usage safer and more secure. 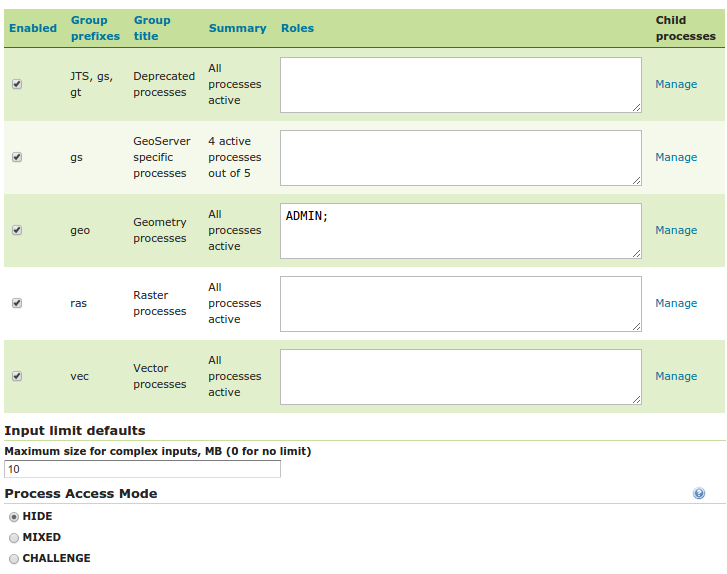 In addition to limiting the users and groups that can access WPS processes, GeoServer now also has the ability to set WPS input execution limits (such as timeout values), ensuring that a runaway process can’t cause a system to fail due to utilizing too many resources. Limits can be set globally and on a per-process basis. 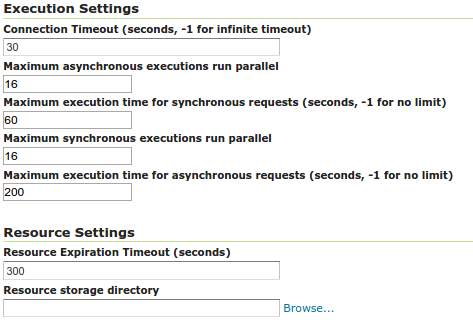 A client that connects to the WPS now not only has the ability to execute processes, but also the ability to dismiss/kill processes. Also new is the ability for the administrator to see the current processes that are being executed on the system.

The popular CSS extension, originally written by David Winslow of Boundless, allows users to style layers using a CSS-like syntax instead of SLD. This extension has now been entirely rewritten in native Java. The functionality remains the same, though with improvements in speed and stability. 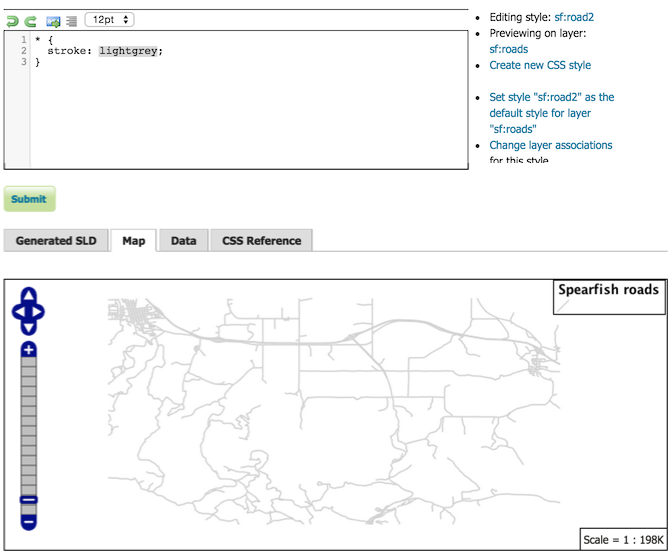 Thanks to Andrea Aime from GeoSolutions for this improvement.

There is also now a full workshop-sized tutorial devoted to using CSS in GeoServer. This expands upon the basic tutorial, and goes into greater detail, providing a powerful learning resource for anyone who wants to learn how to style maps with CSS.

Thanks to Jody Garnett from Boundless for donating the workshop to the community.

Thanks to Sampo for adding support for cascaded WFS stored queries.

Try out the new version

See the full list of changes linked from the release page, and please read these previous posts for more information on these new features. While no software is ever bug-free, we fully stand behind this release, and believe it will provide you with a better, more stable, and featured-filled GeoServer. Thanks!