We are happy to announce the release of GeoServer 2.8.0. Downloads are available (zip, war, dmg and exe) along with docs and extensions.

GeoServer 2.8.0 is the culmination of our latest six month development cycle and contains several new features, along with fixes and security updates.

This blog post provides a breakdown by functional area, for more detail see the 2.8.0, 2.8-beta and 2.8-M0 release notes.

GeoServer 2.6.0, released one year ago, added read only support for Oracle curved geometries, along with all the necessary machinery to represent them in memory, draw them and encode them in WMS.

This release adds read and write support for curves in PostGIS instead, bringing our support for the famous open source spatial database to match and surpass (with write support) the Oracle one. PostGIS curves are supported in all OGC protocols, either via native support (e.g., GML) or on the fly linearization (e.g. shapefile output). 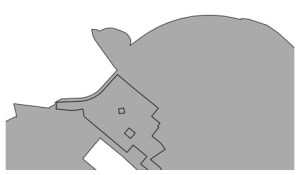 On the Oracle side, we improved the startup times for installation that are serving of Oracle layers by optimizing the table geometry type and metadata access.

Note: Due to license restrictions the oracle extension no longer includes an Oracle JDBC driver, see the user guide for manual install instructions.

For all those that want to publish only a subset of the original data to the public we are now offering the configuration of a simple CQL filter that will be applied on data access, no matter what protocol is used. Think of it as a mini “sql view” that can be applied at ease against any data source, not just databases.

This is of course not meant to limit feature access for security reasons, for that use case you should really look into GeoFence.

This feature is available in GeoServer 2.8 but is off by default - to enable start up with:

Structured coverages have recently been added to GeoServer, you can now use the REST API to manage and update individual granules in an image mosaic.

To reproject a raster:

To transform the raster into a GeoTIFF:

This release is full of big and small map rendering improvements for all. Here is an organized list.

This new features extends SLD and CSS with vendor options allowing the style writer to control the painting order of features, either inside a single layer, or across layers: this allows proper map rendering of areas where a number of objects have below/above relationsthips, like this area in Germany, where a lot of roads and rails are crossing each other in a maze of underpasses, overpasses, and bridges:

This is achieved by specifying a “sortBy” vendor option at the FeatureTypeStyle level, with one or more sorting attributes, and in case multiple layers or FeatureTypeStyles are involved, by grouping them into a single “sortByGroup”. You can find more information, along with examples in CSS and SLD, in your user guide.

along with a visual example, before and after the contrast enhancement:

Lots of map needs arrows… but every time is the same story, yes, the arrow is almost fine, but it should be longer, or thicker, or with a bigger head, and so on. Instead of having to re-invent a new arrow symbol each time, we created one whose proportions can be altered by changing parameters in its name.

Here is the general syntax of this new “well known mark”:

and some examples varying its t (thickness) value between 0 and 1:

or changing the witdh the height ratio (hr):

So next time they ask you for a customized arrow, you can whip up your arrow mark, and give them something like this:

GeoServer 2.8.0 improves its support for maps in multiple scripts, which can be a source of headaches. While it’s often easy to find support for most scripts in fonts, it’s hard to get one that would support, for example, western languages, arabic, corean, indi and simplified chinese in a single package. Especially for scripts like simplified chinese you have to resort to custom fonts.

Now, what happens if you are labelling a map that contains them all, and sometimes, contains more than one of them in a single label? Before GeoServer 2.8.0 we did not have a great answer to that, but now, you can simply specify multiple fonts in a TextSymbolizer, and the most suitable one will be chosen on the fly, eventually using multiple fonts in a single label in case there is no one able to handle the whole of it. Here is an example with mixed script labels:

Before GeoServer 2.8.0 labelling dense road networks with lots of diagonal and curved labels might have left the impression that more labels could have fit the map… and that was not just an impression! Indeed, the previous label algorithm was reserving  a busy area for the bounding box containing the label, which as you may see, is a lot more space than the actual label occupancy:

The French National Institute for geographic information provided a patch that makes the single chars of diagonal or curved labels be reserved instead, resulting in maps with quite a bit more labelled items per square inch:

It’s now possible to create new styles starting from the built-in templates, and the style will be encoded in the desired style language (SLD, or CSS, or even something else, if you created your own styling language extension point):

It’s now possible to configure integer parameters in the caching section of a layer configuration.

GeoWebCache can now store cached tiles on a perlayer basis - including Amazon S3.

Freemarker GetFeatureInfo templates can now access to the request parameter, as well as the Java process environment variables, in order to customize their response. For example, it’s now possible to expand the following variables in the template:

Controlling interpolation on a layer by layer basis

You can now control layer interpolation via GetMap, and specify a different interpolation policy on different layers. This is great if you are serving multiple raster maps, and maybe you want to have your classified raster use nearest neighbor, while showing the ozone density layer with bilinear interpolation.

Their is now a REST API for configuring security access control - see the user guide for details.