We are happy to announce the release of GeoServer 2.11-beta. Downloads are available (zip, war, dmg and exe) along with docs and extensions.

This is a beta release of GeoServer made in conjunction with GeoTools 16-beta.

We want to encourage people to test the release thoughly and report back any issue found. With no further delay, let’s see what’s new, that is, what is there to test!

The YSLD styling language has been graduated to supported land, becoming an official extension. YSLD is a YAML based language which closely matches the stucture of SLD, and the internal data model that GeoServer’s renderer uses. Here is an example from the YSLD Cook Book:

Similarly to SLD and CSS, the user guide contains both a reference and a cookbook to get you started. There is also a styling workshop with both CSS and YSLD examples (including an important example for converting your SLD styles to YSLD).

This allow for much more compact data transfers, reduced tile caches thanks to overzooming support, and allows the client to control styling. Here is an example of the client rendering a world map as a vector tile, and highlighting a specific area by attribute: 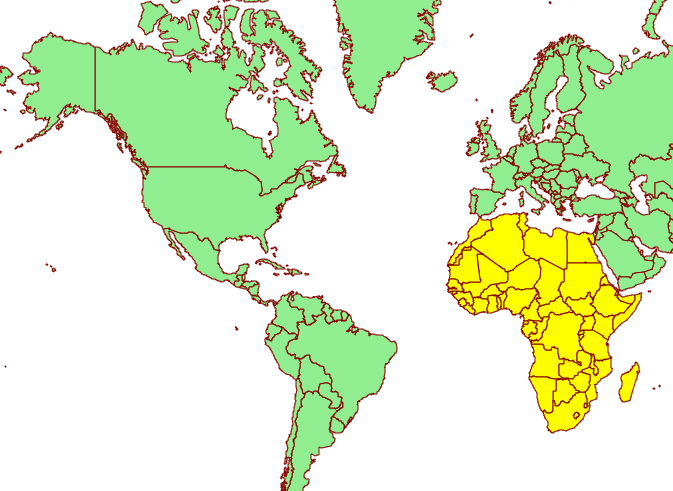 Hop on the documentation to get more information about this extension, along with a couple of presentations highlighting vector tile usage. 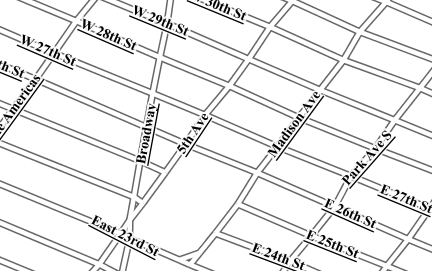 A new layer group mode has been added, called “Opaque Container”. It’s similar to “single” in that you cannot see the layers contained in it, but it also prevents its layers from showing up at the root level of the capabilities document. This new mode is targeted to building “base maps” that the client is not allowed to take apart into their components.

You can read more about layer group modes in the GeoServer user guide.

The build-in data security can now secure layer groups too, for both global and workspace specific groups. “Tree” mode groups (named tree, container tree, opaque container) will extend the security rules applied to them to the layers contained. 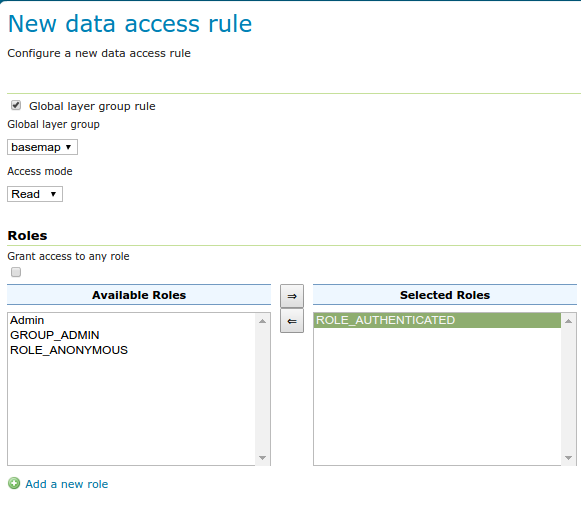 GeoServer has historically had issues with long startup times on installation having several thousands layers. A group of recent improvements significantly sped up these times making it possible to handle tends of thousands of layers with no particular headaches.

For reference, some tests were run on a Core i7 860, 16GB of memory, 2TB hybrid drive (spinning disk plus SSD cache), on two different data directories:

Startup times have been measured in both “cold” and “warm” mode, “cold” means the operating system file system cache contains none of the configuration files and the startup has to actually read everything from the disk, “warm” means the data dir is fully cached in memory instead:

As you can see, worst case is loading in excess of 40 thousands layers in less than a minute and a half!

For reference, “Large” startup times with JDBCConfig are 290s for cold startup, and 120s for warm startup. This is mostly due to cached layers loading, if your configuration has none the startup time will be of around 20-30 seconds instead (no matter how many layers are configured, because JDBCConfig loads layers on a as-needed basis at runtime… for a cost, see below).

It is also interesting to compare the times needed to run a GetMap against one of the “topp:states” in the “many states” data directory.

Ever been annoyed by some shapefile with a .prj declaration that GeoServer does not understand? If so, try this new release, we pulled some extra heuristics and smarts to figure out the equivalent EPSG code of thousands more cases. This will hopefully reduce guesswork when configuring new vector layers, not to mention significantly speeding up importing large directories of shapefiles in the “Importer” extension.

Now that you know about all the goodies, please go, download and test your favorite ones. Let us know how it went!

GeoServer 2.11 is scheduled for March 2017 release. This puts GeoServer back on our six month “time boxed” release schedule.