We are happy to announce GeoServer 2.20.1 release is available with downloads (bin, war, windows), along with docs and extensions.

This is a stable release of the 2.20.x series recommended for production systems. This release was made in conjunction with GeoTools 26.1.

We are pleased to announce the return of the GeoServer windows installer. 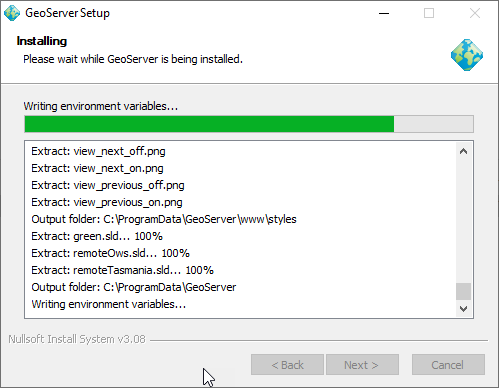 Thanks to Sander and the GeoCat team for completing this work on behalf of the GeoServer PSC, everyone on the user list who helped test, and Stefan Overkamp for supplying screen snaps for the documentation.