The GeoServer team would like to announce the release of GeoServer 1.7.2. This release brings many exciting new features.

The first major improvement is label rendering. In version 1.7.1, GeoServer added support for curved labeling. In this version, support is added for wrapped labels, which enables a label to span multiple lines. This feature affects the labeling of points and polygons. 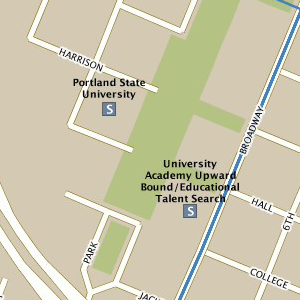 Thanks to Andrea Aime for all the great labeling improvements.

Another new styling feature is support for hatching. Among many other new designs, this allows railroad styling to be accomplished for the first time. Also, polygon hatched fills can now be drawn, and GeoServer ships with a new style, pophatch.sld, that can be applied to the topp:states layer to see this in action.

The 1.7.2 release also brings some great new extensions. The HTML imagemap extension (download), contributed by Mauro Bartolomeoli, allows a user to add interactive features to a map without the use of Flash, SVG, or other dynamic content languages. You can check out the imagemap extension in action. A special thanks to Mauro for the contribution.

The new and improved DB2 extension (download), which allows connection with IBM DB2 databases is based on the GeoTools JDBC Next Generation framework. The extension was contributed by Christian Müller, who is an active member of the GeoTools community. Special thanks to Christian.

The new OGR extension (download) is based on the GDAL/OGR library. The extension adds the ability to output from WFS any of the formats supported by OGR. OGR has a very diverse and comprehensive list of output formats, so this extension very much enhances the utility of the GeoServer WFS.

Improvements were also made to the GeoExt styler extension (download), which is a new graphical interface for map styling initially released with GeoServer 1.7.1. Tim Schaub, Andreas Hocevar, and the rest of the GeoExt team have added support for labels to the styler application.

Thanks to the GeoExt team for this great improvement.

Thanks to everyone who contributed features and bug reports for this release. We encourage you to download GeoServer 1.7.2, try it out, and let us know what you think. Comments and feedback are always welcome on the mailing list, as the community is always interested to hear how people are using GeoServer. Stay tuned for the 1.7.3 release, slated for release in the next month, which will include improvements to Geo Search, and the official release of the REST configuration API.