There was some very interesting GeoServer-related content published  throughout this summer and into the fall. Individuals and organizations are working hard on the project, and making news daily. Below you’ll find some highlights from the last few months:

If we’ve missed anything comment on this post and we’ll make sure to check out your blog for next month. 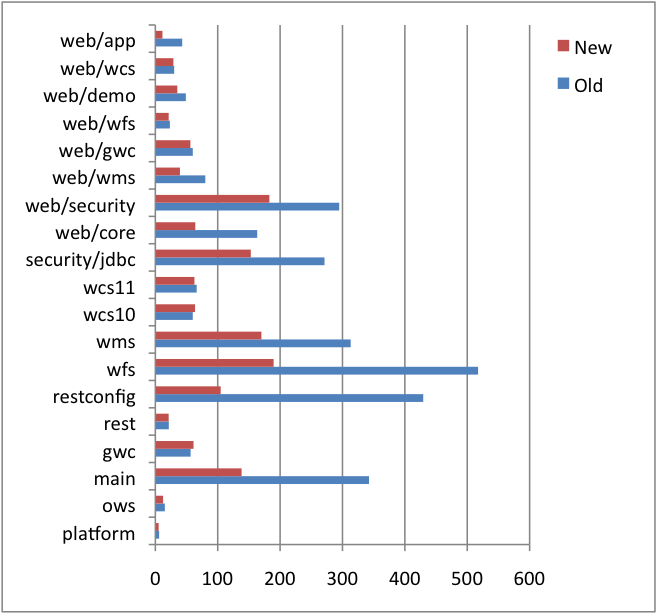 The GeoServer team is happy to announce to the release of GeoServer 2.2 and encourage you to download it and try out the great new features. The release of a new major version update is a big deal (the last one was over 16 months ago) and, while you may have heard about some of the new features on the developer list, here are the highlights all in one place:

**Wow! **And that isn’t even everything, many other bug fixes and improvements have made it into the 2.2 series as well.

Everyone who uses GeoServer should have at least one or two items in the above list to be excited about. Download GeoServer 2.2, try it out, and provide feedback on the GeoServer mailing list.  As with any new version, be sure to backup your data directory before upgrading.

Thanks again for using GeoServer!

The GeoServer team is happy to announce the release of GeoServer 2.2-RC3.The release is available for download from: http://geoserver.org/display/GEOS/GeoServer+2.2-RC3

This release comes with assorted bug fixes and small improvements, and aims to be the latest RC before the final release. Notable changes:

The entire change logfor the 2.2-RC3 release is available in the issue tracker: http://jira.codehaus.org/secure/ReleaseNote.jspa?projectId=10311&version=18700 A very special thanks to all those who contributed bug fixes and improvements to this release. –The GeoServer Team

The GeoServer team is happy to announce the release of  GeoServer 2.2-RC2, now available for download here. We would like to encourage you to download and try out some of our new features and let us know if there are any bugs to be fixed.

This release includes plenty of bug fixes and new improvements such as:

For more information, please refer to the changelog for this release.

A big thank you to all the users, contributors, and sponsors that have helped to make this release possible by providing feedback and support to the GeoServer community.