The GeoServer team is happy to account the 2.6-RC1 release, now available for download. This release contains a number of good improvements and bug fixes since the 2.6-beta release. See the change log for more details and check out the 2.6-beta announcement for more about what’s new in the 2.6 series.

The GeoServer team is pleased to announce the final maintenance release of the GeoServer 2.4 serieis.

The GeoServer 2.4.8 Release Notes detail a small number of changes in this final maintenance release:

We trust you have enjoyed GeoServer 2.4. All users are encouraged to take opportunity to migrate to GeoServer 2.5. 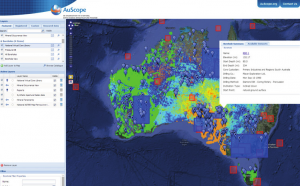 Do you use geoscience or geospatial information in your research? Do you struggle to access data from across Australia from Government and research organisations? Do you spend too much time dealing with datasets or trying to find them rather than doing research? If you use geoscience information and would like to know about new methods for seamless data access available from across Australia, then we would like to invite you to attend the:

AuScope Grid Roadshow 2014 will cover open source geospatial technologies including GeoServer and QGIS. There will also be a Developer Day on 12 September where developers have a chance to collaborate with others including AuScope developers to discuss solutions to problems using these technologies.

Back in March we had a Save the Date post for FOSS4G 2014 in Portland. Check your travel plans include participating in the Code Sprint at the end of the conference.

The code sprint is an opportunity for the team to get together and work on “tough problems without funding”. For GeoServer we have two candidates:

GeoServer is extending the code sprint to include:

To attend add your name to OSGeo wiki page and we will look forward to seeing you in Portland! 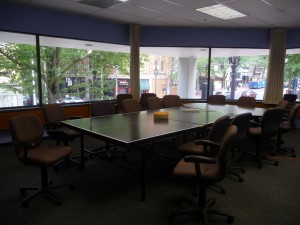 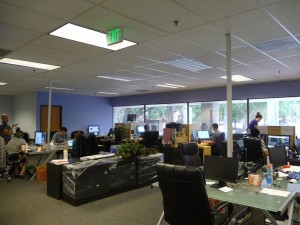 Thanks to Mike Pumphrey for arranging the venue for the Sunday Sprint.

The GeoServer team is overjoyed to announce the release of GeoServer 2.6-beta.

I hope you are enjoying the new website - the download page for 2.6-beta provides links to the expected zip, war, dmg and exe bundles. For this release we are experimenting with providing source downloads directly from the GitHub 2.6-beta tag.

_As a development release, 2.6-beta is considered experimental and is provided for testing purposes. This release is not recommended for production (even if you are excited by the new features)._

This release is made in conjunction with GeoTools 12-beta. Thanks to Kevin for making a beta release of GeoWebCache 1.6.0-beta with relatively little notice.

What to expect … and what we expect from you

A complete change log is available from the issue tracker. We will ask you to wait for 2.6.0 before we let Andrea write a pretty blog with pictures illustrating what features have been added. Instead 2.6-beta is my chance to ask you to download GeoServer 2.6-beta for testing.

_Testing is a key part of the open source [social contract](http://www.how2map.com/2013/09/opensource-and-social-contract.html). The GeoServer team have identified a few areas where we would like to ask for help. This is your best chance to identify issues early while we still have time to do something about it. For those making use of [commercial support](http://geoserver.org/support/) ask your vendor about their plans for 2.6-beta testing. We would like to ensure the functionality you depend on is ready to go for a Q2 release._

When testing Geoserver 2.6-beta please let us know on the user list (or #GeoServer) how it works for you. We will be sure to thank you in the final release announcement and product presentations.

With Oracle retiring Java 6 security updates the time has come to raise the minimum bar to Java 7.

_We know a lot of downstream projects (such as [OSGeo Live](http://live.osgeo.org/en/index.html)) have been waiting for GeoServer to support Java 7. Thanks to CSIRO, Boundless, GeoSolutions for providing Java 7 build environments allowing us to make this transition in a responsible fashion._

This is a really exciting change, swapping out our gt-wfs client code for a new gt-wfs-ng implementation with a new GML parser / encoder.  After comparing quality of the two implementations we decided to go all in with this transition .. and thus would really like your help testing.

We would like to hear back on cascading the following configurations:

This was an epic amount of work by Niels and we have a couple of new features waiting in the wings based on the success of this transition.

Curves support for GML and WMS

A large amount of work has been put into extending the Geometry implementation used by GeoServer.

_We have experimented with several approaches over the years (including ISO 19107 and a code sprint with the deegree project) and it is great to finally have a solution. As a long time user of the JTS Topology Suite we have been limited to a Point, Line and Polygon model of Geometry. Andrea has very carefully extended these base classes in to allow for both GML output and rendering. The trick is using a tolerance to convert the the arcs and circles into line work for geometry processing._

Testing for the 2.6-beta release is limited to those with Oracle Spatial. If you are interested in funding/volunteering support for PostGIS please contact the geoserver-devel email list.

We would like to hear feedback on how maps that cross the date line (or are in a polar projection) have improved for you.

We struggled a bit with how to name this great new feature, however if you work with raster data this is your chance to recombine bands from different sources into a multi-band coverage.

Yes this is an ominous item to ask you to test.

For everyone happy with the CSS Style Extension we would like to ask you to test a change to the style edit page (allowing you to create a CSS or SLD style from the start).

I am really happy to see this popular extension folded into the main GeoServer application.

We have new implementations of a couple of modules:

A final shout out to ask for help testing new formats:

We are happy to announce the first release having support for Turkish. Many thanks to Engin Gem and the whole translation team for the initial contribution. All modules, core, extensions, and community modules have been translated within 8 month. Great success!

French, Korean, Polish, Romanian were corrected and updated to the latest developments. Thanks to all GeoServer Transifex translators and Frank for managing!